A Few of the World’s Biggest Sewage Disasters 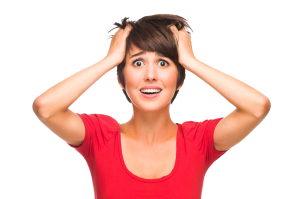 When it comes to sewage problems, prevention and preparation should be your main focus.  Sewage is one of the filthiest and most hazardous potential disasters any homeowner faces. Luckily, not many find themselves dealing with this type of problem, but sometimes there is simply nothing you can do to prevent it. If you find your home affected by a sewage disaster, don’t waste any time. Call in the experts to clean it up for you. At RestorePro in Sandusky, Ohio you will find such experts ready to respond immediately, day or night, to any sewage disaster that you may encounter. To illustrate the scale of a disaster like this, below are a few examples of the worst sewage disasters in history and their effects.

The Sinking of the Princess Alice, London 1978

This calamity occurred as a product of what was dubbed the “Great Stink of 1858” in mid-19th century London. Due to the huge population boom in London at the time, the infrastructure of the city was unable to handle it and local cesspools began flowing freely into the Thames. It got so bad that members of parliament at the time soaked their curtains in chemicals to block out the awful smell. An impressive sewage system was enacted to fix the problem that is actally still in use today. However, this system led to the formation of large mud-banks that the pleasure steamer Princess Alice sunk into. Tragically, this caused the death of approximately 650 people. The deaths were not a result of the collision into the mud banks but were caused by drowning in the toxic sewage.

As many as four people were killed and 20 injured when the barriers around a sewage pool broked near a village. The sewage water rushed into the village flooding as high as two meters. Hundreds of homes were damaged and 20 were totally destroyed.

When a sewage treatment plant failed, millions of liters of raw sewage gushed into the area near Edinburgh, Scotland. The disaster was the result of a pump failing at the treatment plant. Raw sewage flowed for days in the waterways near the plant. No people were seriously harmed , but over 100 million liters of sewage was spilled. That’s enough to fill 170 Olympic-sized swimming pools. All the waste wreaked havoc upon the fish and wildlife in the area.

Nearly 200 homes were flooded in Mexico after a local sewage pipe failed. The heavy rains overwhelmed the sewage system and caused it to fail. Approximately 6,000 cubic meters of raw sewage rushed out of the drain and flooded into the area. Fortunately, there were no deaths as a result. However, three children were injured as a result.

Thankfully, disasters like the ones above are few and far between. You would certainly be very unlucky to have your home damaged by sewage from a disaster of this magnitude. However, that does not mean you won’t experience some sort of sewage damage in your lifetime. If you do find yourself in a sewage damage emergency, call RestorePro in Sandusky right away for all you sewage damage restoration and repair needs.